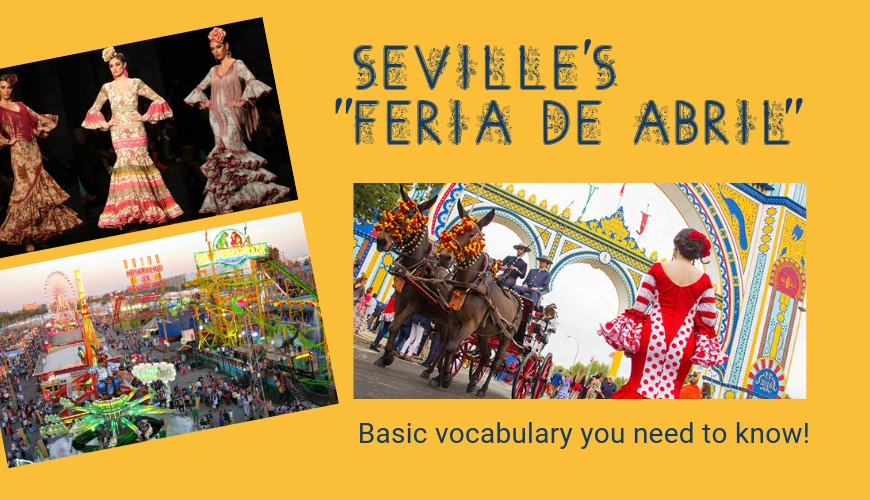 Spring has finally come to Seville and with it the funniest and most colorful party of the city: Feria de Abril! For those who haven’t heard of this event before, the April Fair is the most important flamenco celebration in Seville, and probably Spain. It usually takes place in April (always two weeks after Easter) and it gathers thousands of locals and visitors together to enjoy the party spirits and to dance “Sevillanas”.

The ‘Feria de Abril’ origins lie in a former cattle and livestock fair in the Prado de San Sebastián, although it’s hard to believe – the biggest and most traditional fair is all about appearances and connections, and it comes with its own set of vocabulary.

Here’s a list of 20 indispensable words to know if you’re heading to the Feria de Abril:

El Pescaíto: The opening meal of the fair, open to members of the casetas, where fried fish is served. This dinner usually commences at 9pm. The day itself is called the lunes de pescaíto.

Albero: Albero is the sandy mix of terrain that lines the sidewalks of the fairgrounds.

Alumbrado: Happening at midnight on the Lunes (Monday) of Feria, the main gate is lit by the city’s mayor. There are hundreds of thousands of bulbs covering both the portada and the lights along the streets, but they’re all LED!

Amazona: Women choose to wear either a traditional gypsy dress or a riding outfit to ride side-saddle. An Amazona is a way to call the latter.

Caseta: The makeshift tents that line the streets of the Real. These small structures are owned by families, political parties, businesses or organisations, some of them being private while others public. Each ‘caseta’ has a kitchen, bathroom and room to dance or eat.

Farolillo: Paper lanterns that are strung up in the fairgrounds and lit at night. 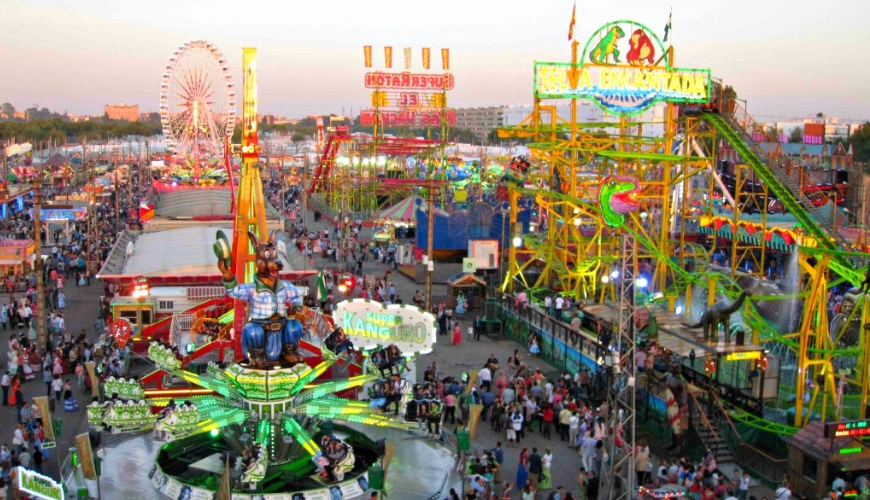 Coche de Caballos: A central element of the fair is the Andalusian horse, and horse carriages circulate on a city-mandated route from noon until 8pm. The permission to bring a horse carriage is only granted to several hundred official carriages.

Fino: Sherry wine made from Palomino grapes that is consumed by the bucketload. See also: rebujito.

Portero: The doorman in private casetas reserves the right to let you in or not. 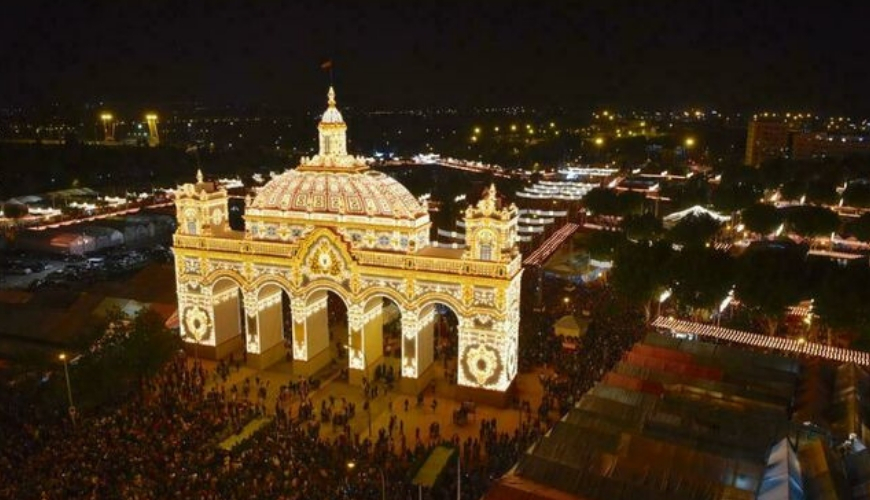 Portada: Taking on a different design every year, the portada is the main gate that crowns Calle Antonio Bienvenida. It’s covered in lightbulbs and is known as a meeting point (even though ‘Let’s meet under the portada‘ is like saying, I’ll try to look for you somewhere in the city center).

Real de la Feria: The recinto ferial isn’t enough of a name – Seville’s fairgrounds has an upgraded moniker known as the Real de la Feria, or simply el Real. It’s often referred to this way in the press.

Rebujito: This sherry and 7-up hybrid is the drink of choice for many sevillanos during the week. Served in a pitcher with ice and small glasses for sipping, it’s concocted from a half liter of dry sherry and two cans of the soft drink.

Sevillanas: Sevillanas is a four-part dance in which partners court one another. The basic steps repeat over and over again, but the difficult increases from the first to the fourth parts.

Socio(s): Those with enchufe will likely know socios, or card-carrying members of casetas. Individuals will pay a yearly fee – in addition to whatever they spend – for the maintenance and decor of the caseta. Each one usually elects a president who must hire the food and entertainment, along with the people who erect the tent before the festivities. You have to show a special card plus a yearly pass to be able to enter! 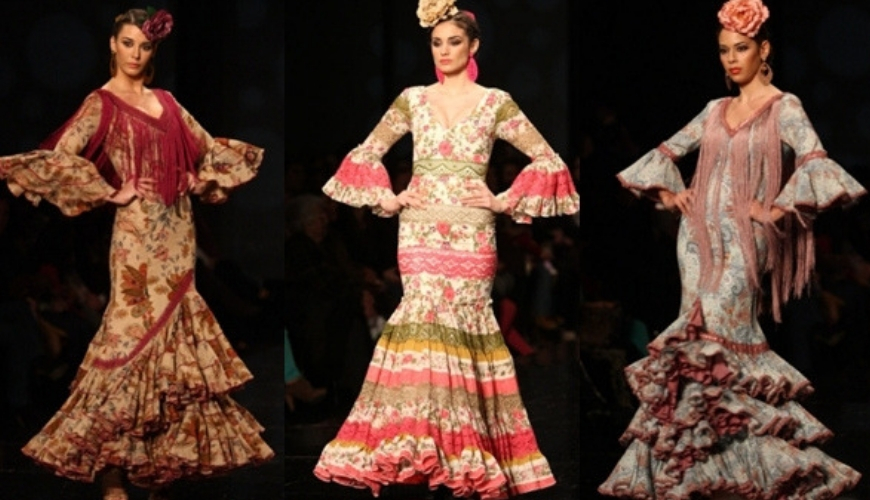 Traje de Gitana: Women tend to wear a flamenco dress with ruffles and polka dots, known as a traje de gitana or simply a traje. These garments can cost 120 to 500€ or more depending on the fabric, designer and number of ruffles, or volantes, and they are worn with complementos. Some women have multiple dresses so as not to be seen twice in the same traje. The only rule is that the dresses are not worn on the Lunes del Pecaíto.

Complementos: A traditional dress is nothing without its larger-than-life accessories. Women don shawls (mantoncillos), earrings (pendientes), combs (peinetas) and large flowers, and it’s not uncommon to see bracelets of necklaces, either.

Corrida de Toros: Big-name bullfighters come to Seville during the fair to practice their sport at the Maestranza bullring. Tickets are pricey and seats are limited. In fact, the names of the streets in the real are named for Andalusian bullfighters, like Juan Belmonte or Curro Romero.

Enchufe: A catch-all word that means plug in a literal and figurative sense, having connections and invitations to a caseta means you’ve got enchufe.

We hope you learned a lot about the important words of the Feria de Abril and that you will be able to get by. Have fun! 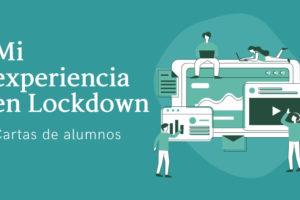 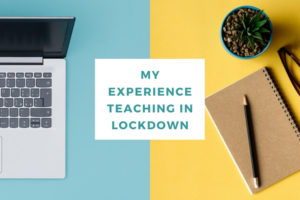 My experience teaching in lockdown